I have received 5 test PCBs today of the unnamed ‘ATMega32u4+nRF24L01’ board project that I described earlier, I decided to call it a ‘Worker Bee’ or WorkerB! as its task will be to collect and transmit data. The final PCB layout slightly differs from what I last published, I did some more reshuffling, added a RESET button, a solder jumper to allow battery level measurement via Analog 0: There is an option to power the thing from a single AAA battery via the optional LTC3525 boost regulator, the battery is placed on the back via two battery holders. Alternatively, it can be powered via a single CR2032 battery via a battery holder. Of course, you can go less fancy and power from couple AA batteries. The board is designed to run unmodified Arduino LilyPad USB bootloader, so that it is fully compatible with Arduino IDE with no further fiddling. I uploaded a blink sketch, but haven’t tested further than that. 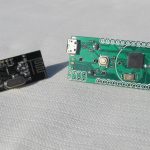 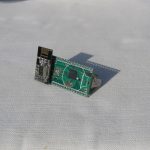 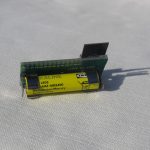 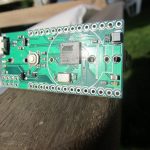 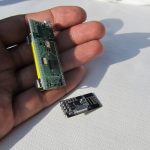 I have also designed a RFM12b breakout that can be used instead a nRF24L01: