I managed to interface one of my TinySensors to my Raspberry Pi via Pi’s UART. The idea is to use it to receive RFM12b transmissions and re-transmit on Pi’s UART where a serial gateway will pick the data and post to emoncms. I only need one-way transmission i.e. from the TinySensor to the Pi. Edit: [Two way serial is now available]

It was pretty straight forward task, here are some details:

Here are some pictures from the test run 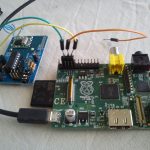 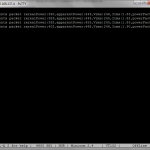 I also have emoncms installed and running on my Pi, so all that remains is to make a small script to catch serial input and make a post to emoncms..

I am quite happy so far, this is going to be a really cheap solution because the TinySensor is really made up of quite a few inexpensive components.

One thought on “Interfacing RFM12B to Raspberry Pi for cheap”