I had a chat with a colleague the other day, discussing his property purchasing plans. He shared that the proximity to workplace is important for him. Planning in the long term, he asked me what districts of Sofia would be a good fit in my opinion, and I could only guess. Driven by curiosity, I decided to help him out by creating a heat map of job listings in Sofia.

The heat map below shows the location of IT companies that have active job offerings from a popular job site. The companies/offerings data was obtained using a Python script through a technique called web scrapping, then Google maps’ API was used to geolocate the company address and render the heat map. Roughly 550 IT companies’ location data was used for the below heat map. 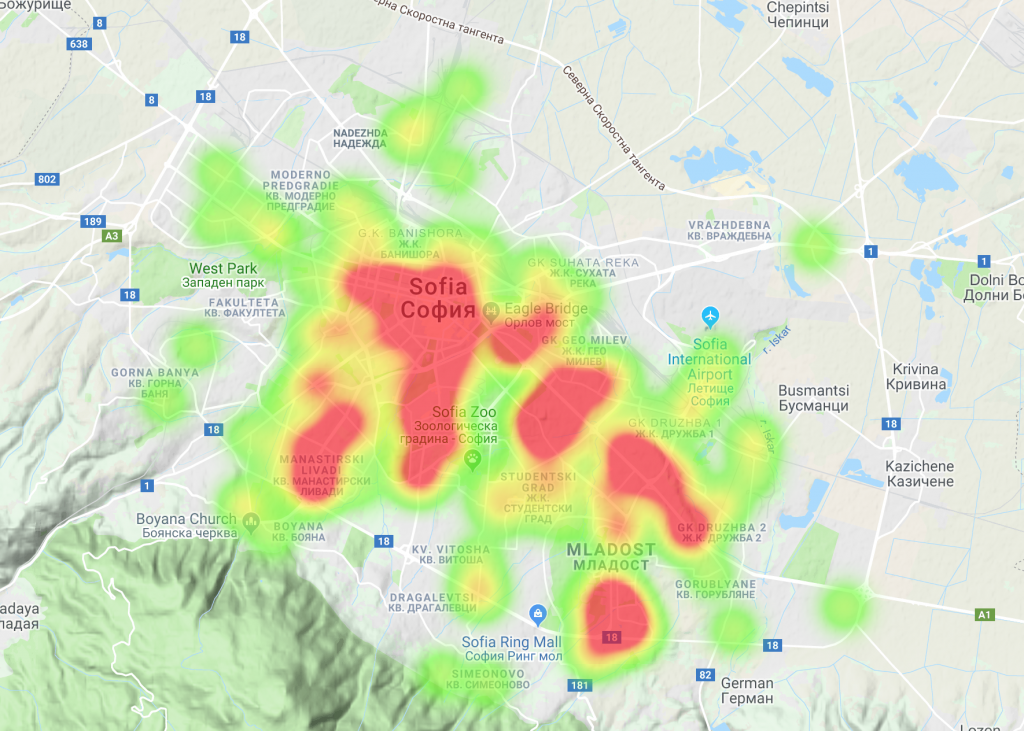 Obviously, from the map, most of the job offerings are in the areas of Business Park Sofia, along Tsarigradsko shose, along Bulgaria boulevard, Cherni vrah boulevard, and the city center. I’d personally not even consider the city center due to the lack of parking spaces, constant traffic jams, and increased air pollution.

On the flip side, if you are a company looking to establish a presence in Sofia, this map can help you visualize where the IT crowd is. 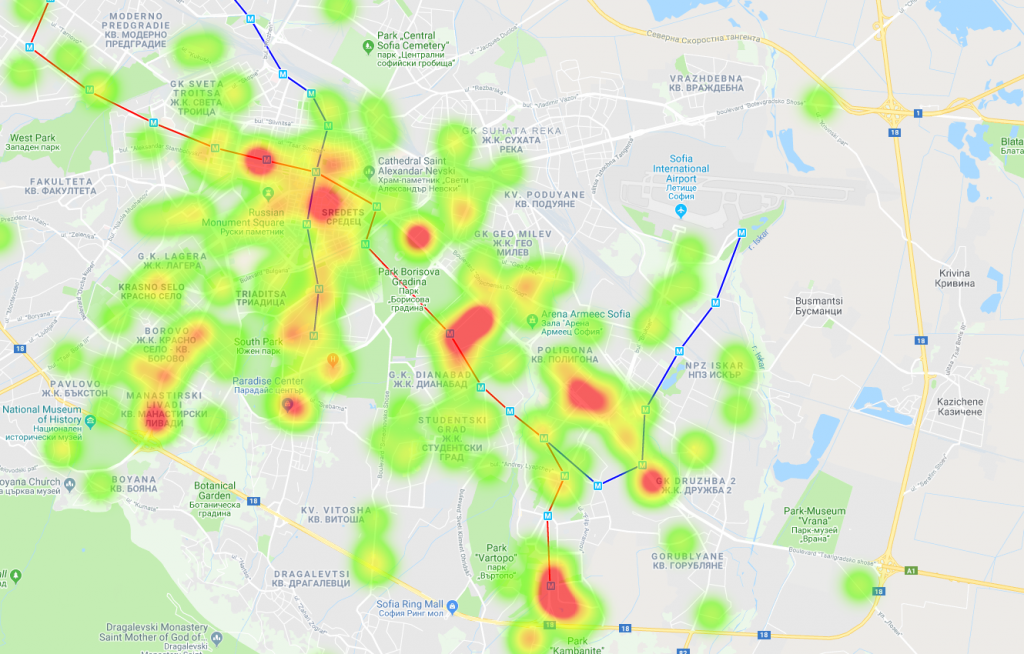 2 thoughts on “Where are the IT jobs in Sofia located?”