I have been drooling over the Amtel’s ATtiny84 mcu ever since JCW released the JeeNode Micro few months ago. It is an amazing piece of art, you can basically have a single-chip micro controller that can do most of the tasks an Arduino can, it even has a in-built oscillator and can run at 8Mhz.  Sweet. Then I saw Nathan Chantrell’s article on building a remote temperature sensor using this same mcu and could not resist getting one myself. It would be a nice addition to my emoncms, so I was ordering a ATtiny84, a TMP36  and a RFM12B the next minute. In the mean time, I was getting ready for it by installing the necessary patches to the Arduino IDE to get it working with this mcu. I own a tinyUSB ISP programmer already, so I didn’t need to worry about programming the chip with an Arduino. So once I got the parts, I follwed strictly Nathan’s instructuions and couple hours later I had a remote temperature sensor that sends data to my emoncms every minute.

Here are some pictures 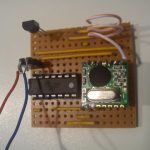 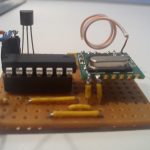 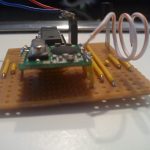 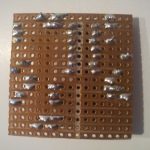 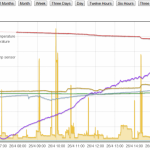 I am tempted to create a PCB for this project and power it from a coin cell battery, lest see how this will go. There is a I2C protocol library available for this mcu so I may expand the project with a I2C port so I may become a remote “anything” sensor given that you have I2C sensors for almost anything you can think of.